Skip to content
I visited Taiwan and I had a weekend to spend. I went around in local market, one two local temples, cable car and a huge flower show.
The city we visited was Taichung. Two hours from Taipei.

The city is  a neat, clean, disciplined traffic. Number of vehicles are no less. No one jumped the traffic. No visible police on the street. No vehicle stopped on pedestrian mark. No vehicle crossed over the road divider the yellow line. I really wondered. City is not known to be well developed city. I changed my opinion though.
Look at the way we are in Delhi or most of our cities. Ok agreed – we have more vehicles on the road and just not vehicles – the buffalo, the rikshaw, bicycle, cats and dogs and men, women and children. 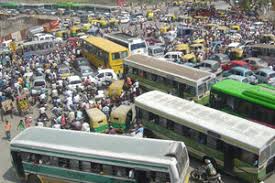 PC : Internet
But i feel quite strongly that if we simply follow the traffic rules we can be better, a lot better.
We went to a local market, traditional local, a narrow lane, small shops, eating places on the side. Kind of chandni chowk or palika bazar of Delhi. But the place was neat clean, no rubbish on the street. Except cigarette butts. A disciplined responsible citizens make it all happen. One more thing – it was Election time there. There were bill boards in many places but not out of sync of the cities aesthetics nor looked ugly.

City is known for glass industry. A local craftsman blowing the glass in a traditional way to make beautiful articles.

People like to eat outside and lot of seafood and meat. Take a glance at the Octopus here.